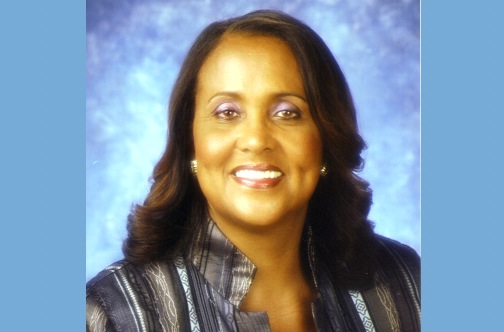 MORE that 50 government and non-governmental agencies and organizations are participating in a specialized training workshop on missing children, being funded by the International Centre for Missing and Exploited Children (ICMEC) and Facebook, in partnership with local advocacy organization, Hear the Children’s Cry.

The three-day workshop, which is entitled ‘Investigative and Preventative Response to Missing Children: An interactive workshop for law enforcement’, commenced on Monday at the Terra Nova Hotel in Kingston.

“Now, here is the stark reality: Since the death of Ananda Dean eight years ago, the cases of missing children have increased exponentially, as high as 70 per cent. When we began gathering and analyzing the data eight years ago, there were certain parishes in Jamaica where there were no cases of missing children; today, the children are going missing from every single parish,” founder of Hear the Children’s Cry, Betty-Ann Blaine said in her address.

She said that, on average, 150 Jamaican children are reported missing every month, with this figure sometimes increasing or decreasing in some months. She added that in 2015, almost 2,000 children were reported missing and since the first three months of this year, there have already been 646 reports of missing children.

“When you look across Jamaica, our statistics are really shocking with the number of children that go missing every year and not just missing but the number of children killed, harmed, neglected, malnourished — all the adverse experiences that you can think about where children are concerned, we have come across them and so solutions are urgently needed,” Deputy Commissioner of Police Novellete Grant stated.

“There are some parishes in Jamaica that also need special attention because there seems to be a concentration of missing children there. When you look at St Catherine as a parish, you recognise that there is a big problem there; Westmoreland and St. James also have big problems. The west is usually underserved in many of the solutions that we as a nation come up with, and I hope this workshop will try to find ways and means to extend work in the west,” Grant continued.

According to former FBI agent and director of trust and security at Facebook, Emily Vacher, the Internet is a powerful tool, as it has no boundaries and so, bringing it into the mix can actually change the course of an investigation.

“They say it takes a village to raise a child, well it takes a village to protect one as well and Facebook is very proud to be one very small part of that village. We will bring our resources to the children of Jamaica and, during this week, one of things I’m going to talk about is the Amber Alert we use in the US that has since been adapted to use on

Facebook….and a lot of our conversation this week will centre around how we can bring this technology to Jamaica,” Vacher said in her presentation.

As it relates to the global challenges regarding missing children, director of the Global Missing Children’s Network at ICMEC, Caroline Humer, stated that one main challenge is that of definition when it comes to missing children.

“What is considered missing? The definition by country, parish or jurisdiction can be different and so, how can we then know the extent of it and respond to it when the definition changes on a regular basis depending on who you talk to? So one of the challenges is that we are not always talking about the same issue when you’re speaking about missing children; cases include runaways, peer pressure, trafficking, and parental abduction. Missing should be all- inclusive, but a lot of times, depending on which region you are, that is not always the case,” Humer stated.

The workshop was expected to discuss areas such as searching for missing children and long-term missing investigations, among other areas.

In addition to search and rescue strategies, the training agenda was expected to deal with legislation, both domestic and international, as it relates to missing children, as well as the role of families and communities in addressing the problem.